What is Antrorata® and Antrodia Camphorata Ingredient of Dr. Vita Maca 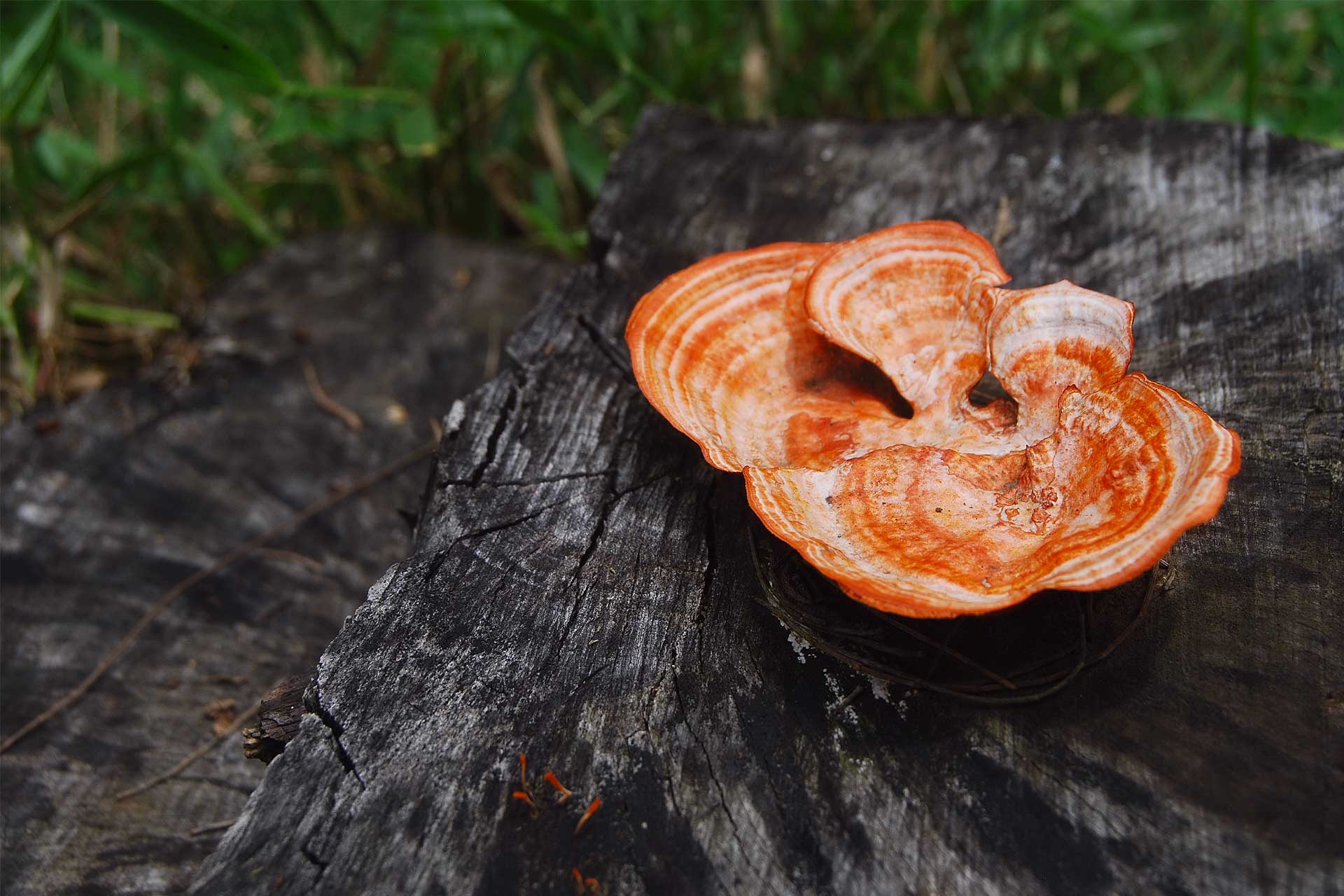 Antrorata® or Antrodia Camphorata is one of the major ingredients of Dr. Vita Maca.

Read on and discover what health benefit does it offers when you take Dr. Vita Maca.

Antrodia camphorata is a unique mushroom of Taiwan. It is a medicine fungus of the family Basidiomycetes that has been used as a folk drug in Taiwan for the treatment of various health conditions. Chemical compounds found in A. camphorata include steroids, triterpenoids, and sesquiterpene lactone.

This article discusses the taxonomical description of Antrodia camphorata, its chemical constituents, and the pharmacological effects of its crude extracts.

What is Antrodia Camphorata?

Over 80% of the world’s population relies on traditional or indigenous medicines for their primary health needs. Most of these therapies involve the use of herbal extracts, usually in aqueous solutions. Antrodia camphorate is a fungal parasite on the inner vacity of the endemic species Cinnamomum kanehirae Hayata (Lauraceae). The host plant is a large broad-leaved evergreen tree which only grows in Taiwan, and is distributed over broad-leaved forests at an altitude of 200 to 2,000m. Cinnamomum kanehirae is a superior quality material used to manufacture valuable furniture. The Taiwanese government has recently protected this endemic tree specifies from forest-denudation since this species is quite rate.

In Taiwan, Antrodia camphorata is also known as Chang-chih, Chang-ku, Niu-chang-ku, or Niu-chang-chih. Locally, it is believed that Antrodia camphorate is a present from above for the people, and is a well-known Chinese folk medicine. It is claimed to be a ‘ruby in mushroom’ in Taiwan. It grows in the mountain ranges of Hualien, Kaohsiung, Miaoli, Nantou, and Taoyuan of Taiwan. The trophophase of Antrodia camphorate occurs from June to October.

Being a local species, Antrodia camphorata was historically usd in Taiwan by the aborigines as a traditional medicine prescription for the discomforts caused by exhaustion or alcohol drinking. Moreover, regular consumption is believe the promote longevity and preserve human vitality.

The preparations from fruiting bodies have been used for the prevention and treatment of various diseases, including abdominal pain, diarrhea, itchy skin, hypertension, food and drug intoxication, tumorigenic diseases, and liver diseases.

Ku is a common Chinese name that means mushroom, while chih refers to a popular Ganoderma-like fungus. Antrodia camphorata was first identified as a new ganoderma species, Ganoderma camphoratum, by Su and Zang in 1990. However, according to fruiting-body morphology and cultural characteristics, this fungus has been given the name Antrodia camphorata.

In 2014, a phylogenetic analysis based on sequence data retrieved from large ribosomal sub-unit sequences of ribosomal RNA genes indicated that A. camphorata is distantly related to other species in the Antrodia family, and consequently, the fungus was transferred to the new genus, Taiwanofungus. However, A. camphorata was reconsidered as an Antrodia species after reviewing the polymorphism analysis of internal transcribed spacer regions of the ribosomal RNA gene.

Currently, the taxonomic position of A. camphorata is as follows: Aphyllophorales, Basidiomycota, Fungi, Homobasidiomycetes, Polyporaceae.

A total of 78 compounds have been identified and structurally revealed. Predominantly in fruiting bodies are terpenoids in a large number (39 compounds). A large number of triterpenoid compounds (31 structures) with similar or even the same structures were described in the recent years. A common feature of these structures is its lanostane or ergostane skeleton.

Due to the high amount of terpenoids in the fruiting bodies of Antrodia camphorata (63%), this group of natural compounds has been the focus on many phytochemical studies. In addition to polysaccharides, several constituents were described from Antrodia camphorata comprising benzenoids, benzoquinones, lignans, and succinic/maleic acid derivatives.

The scientific world’s interest in Antrodia camphorata and its healing properties came from traditional medicine. Ethnic medicine has come to be an irreplaceable source of knowledge of medicinal mushrooms and their healing qualities, as well as creating clues for scientific research.

Listed below are some of the pharmacological effects of Antrodia camphorata crude extracts.

Antrodia is a genus of fungi in the family Fomitopsidaceae. Antrodia species have fruit bodies that generally resupinate (i.e. spreads out on the growing surfaces or lying flat), with the hymenium exposed to the outside, while the edges may be turned so as to form narrow brackets. Most species are found in boreal and temperate forests, and cause brown rot.

Today, Antrodia camphorata extract is widely used in herbal capsules, herbal blends, teas, and health supplements. It is typically combined with other healthy, all-natural ingredients such as Antrorata®. Antrorata® has been shown to improve liver function in detoxification and purification; it also contains triterpenoids to reduce GPT/GOT; and has been shown to reduce fatigue and enhance physical strength.

Antrodia camphorata is a unique mushroom of Taiwan. It is a medicine fungus of the family Basidiomycetes that has been used as a folk drug in Taiwan for the treatment of various health conditions.
Antrodia camphorata extract has been proven to have healing properties. Research has shown that it has anti-cancer properties, anti-inflammatory effects, anti-hypertensive effects, and is a good treatment alternative for cardiovascular diseases, asthma, and other diseases.

Antrorata® is an all-natural ingredients that helps reduce fatigue and enhance physical strength. 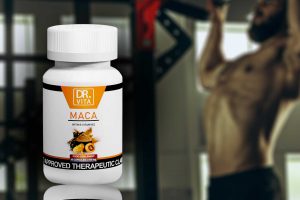 Dr. Vita Maca Product Information, Benefits, and Reviews What if there was a supplement that could help improve your sex life, boost your energy, and 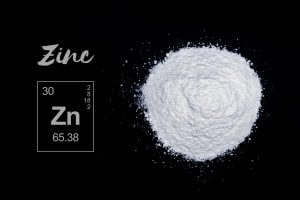 Dr. Vita Maca and Zinc Gluconate Benefits Dr. Vita Maca is comprised of high-quality ingredients, one of which is zinc gluconate. In this article, we 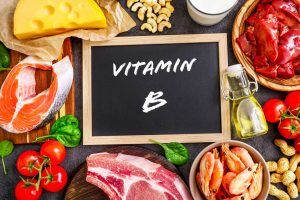 B-Vitamins Primary Role as Ingredient of Dr. Vita Maca For Men’s Health Vitamin B refers to not one, but eight different vitamins: B1, B2, B3,

Dr. Vita Maca Product Information, Benefits, and Reviews What if there was a supplement that could help improve your sex life, boost your energy, and

Dr. Vita Maca and Zinc Gluconate Benefits Dr. Vita Maca is comprised of high-quality ingredients, one of which is zinc gluconate. In this article, we

B-Vitamins Primary Role as Ingredient of Dr. Vita Maca For Men’s Health Vitamin B refers to not one, but eight different vitamins: B1, B2, B3,

You can take 1-3 capsules of Dr. Vita Maca everyday po. Take it every morning so that it can provide energy and vitality for the whole day po.

Yes po dahil and Dr. Vita Maca ay safe and made of natural ingredients so you could still take Dr. Vita Maca po 2 hours after taking your maintenance med po.

Get the latest promo directly in your inbox!